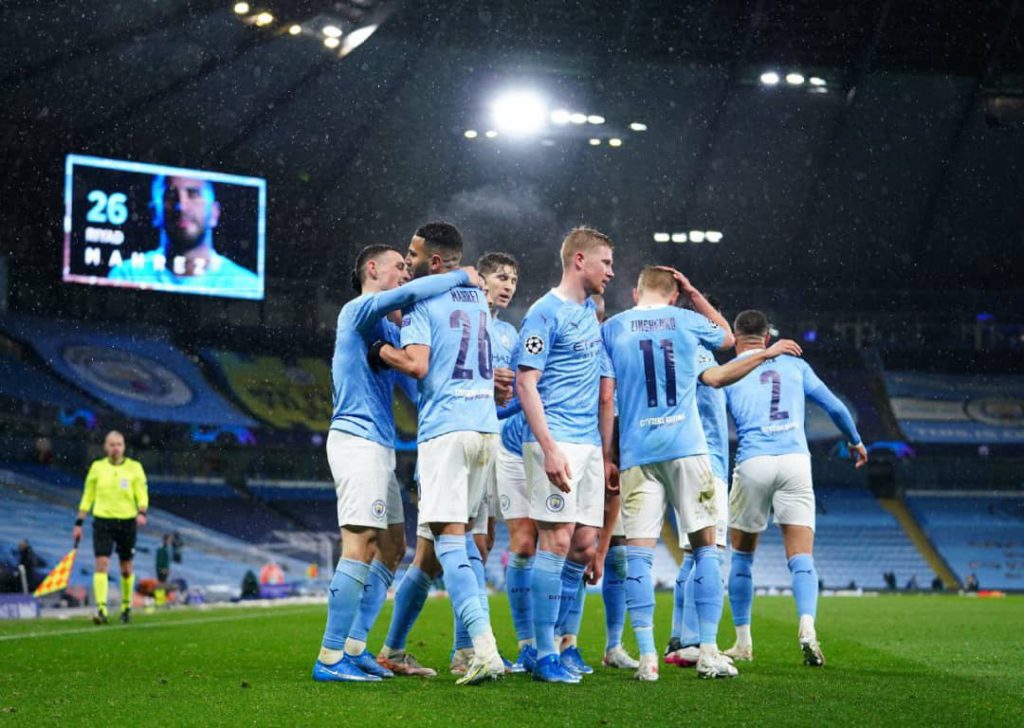 Mahrez scored again in the second half, finishing off a rapid counter-attack by converting Phil Foden’s low cross.

Pep Guardiola’s side need one win to become Premier League champions, having already won the Carabao Cup, and this victory keeps them on course for a treble.

They had gone out in the quarter-finals of the Champions League in the past three seasons and lost in the semi-finals in 2016, but a superb defensive display blunted Mauricio Pochettino’s team.

City will be playing in only the second major European final in their history, after they beat Polish side Gornik Zabrze to win the European Cup Winners’ Cup in 1970.

Chelsea and Real Madrid, level at 1-1 after the first leg, play the second leg of their semi-final at Stamford Bridge on Wednesday (20:00 BST).

The final is in Istanbul, Turkey, on Saturday, 29 May.