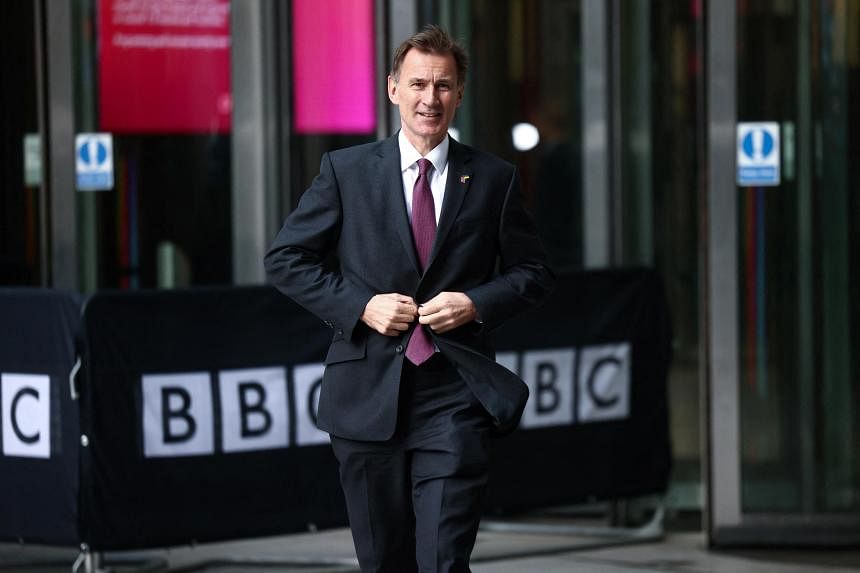 LONDON – Finance minister Jeremy Hunt on Wednesday defended the UK’s post-Brexit trade deal with the EU, despite growing criticism about its economic impact, and rejected claims he was pushing for closer European ties.

Mr Hunt, who voted to remain in the European Union at the 2016 referendum, was rumoured to be the source of a report last weekend that the government was eyeing a “Swiss-style” deal with Brussels.

But he scotched talk he was the “senior government figure” quoted in the article, which has threatened to reopen deep divisions in the ruling Conservatives over the form Brexit should take.

The government supports the trade and cooperation agreement (TCA) struck with the EU, he told the influential cross-party Treasury Committee in parliament.

“We think it is an excellent agreement,” he added.

“That means we are not negotiating or deciding the regulations that we want as sovereign equals, paying unnecessary money to the EU or indeed compromising on freedom of movement.

“That has always been my position as Chancellor (of the Exchequer).”

He added: “With respect to the story in the Sunday Times, if you’re saying was the Treasury, was I, the source for any suggestion we should seek to renegotiate the TCA to move it towards an agreement more like the agreement with Switzerland, the answer is no.”

Former UK prime minister Theresa May proposed a similar deal, which was roundly rejected by lawmakers, and which contributed to her downfall in 2019.

Mrs May’s successor, Mr Boris Johnson, railroaded his own “harder” Brexit deal through parliament on the back of a landslide 2019 general election win fought on a campaign to “get Brexit done”.

But despite promises of greater freedoms to set policy and chart its own course in the world, the UK has found post-Brexit life tough going, even without the shock of the Covid-19 pandemic.