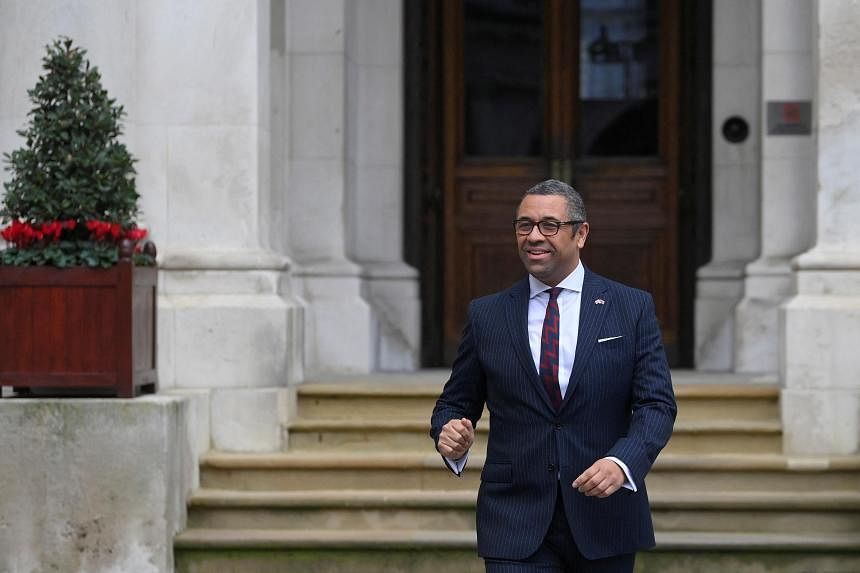 LONDON – British Foreign Minister James Cleverly will pledge millions of pounds in further support for Kyiv during a visit to Ukraine to ensure the country has the practical help it needs through the winter, his office said.

Mr Cleverly, who is set to meet President Volodymyr Zelensky and Foreign Minister Dmytro Kuleba on the trip, also condemned Russia for its brutal attacks on civilians, hospitals and energy infrastructure.

A statement from his office issued early on Friday said Mr Cleverly had travelled to Ukraine, which this week suffered the most devastating Russian air strikes on its energy infrastructure so far in the months-long war.

“The UK stands shoulder to shoulder with Ukraine,” said Mr Cleverly, as he set out three million pounds (S$5 million) to help rebuild vital infrastructure and committed another five million for a Ukraine-led initiative to ship grain to countries at risk of famine.

“I’ve seen here first-hand how the UK’s efforts are helping brave citizens to resist and rebuild. Our support will continue for as long as it takes for this remarkable country to recover,” he added.

Mr Cleverly’s trip to the European country comes just days after Prime Minister Rishi Sunak made his first visit to Kyiv during which he vowed to continue the firm support for Ukraine that Britain provided under his predecessors. REUTERS