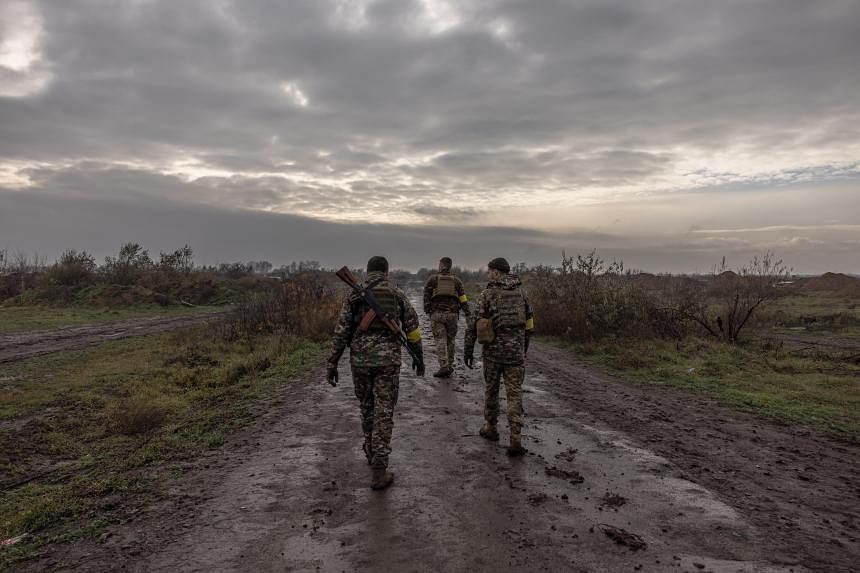 KYIV – Much of Ukraine on Thursday remained without heat or power after the most devastating Russian air strikes on its energy grid so far, and in Kyiv residents were warned to brace for further attacks and stock up on water, food and warm clothing.

Thursday marked nine months to the day since Moscow launched what it called a “special military operation” to protect Russian-speakers.

Ukraine and the West say the invasion is an unprovoked war of aggression.

Since early October, Russia has launched missiles roughly once a week in a bid to destroy the Ukrainian power grid.

Moscow acknowledges attacking basic infrastructure, saying it aims to reduce Ukraine’s ability to fight and push it to negotiate.

Kyiv says such attacks are a war crime.

“Together, we endured nine months of full-scale war and Russia has not found a way to break us, and will not find one,” President Volodymyr Zelensky said, in a nightly video address.

Viewed from space, Ukraine has become a dark patch on the globe at night, Nasa satellite images showed.

Mr Zelensky said that while power, heat, communications and water were being restored gradually, problems still existed with water supplies in 15 regions.

Ukrenergo, which oversees Ukraine’s national power grid, said 50 per cent of demand was not being met as of 7pm Kyiv time (1am on Friday, Singapore time).

In the capital Kyiv, a city of three million, 60 per cent of residents were without power amid temperatures well below freezing, mayor Vitaly Klitschko said.

“We understand that missile strikes like this could happen again. We have to be ready for any developments,” he added, according to Kyiv city council.

Authorities have set up “invincibility centres”, where people can charge phones, warm up and get hot drinks.

“It is the second day we are without power and food. More than 60 children are waiting for food and we cannot prepare anything unless power gets fixed,” said a woman at one such centre in Kyiv.