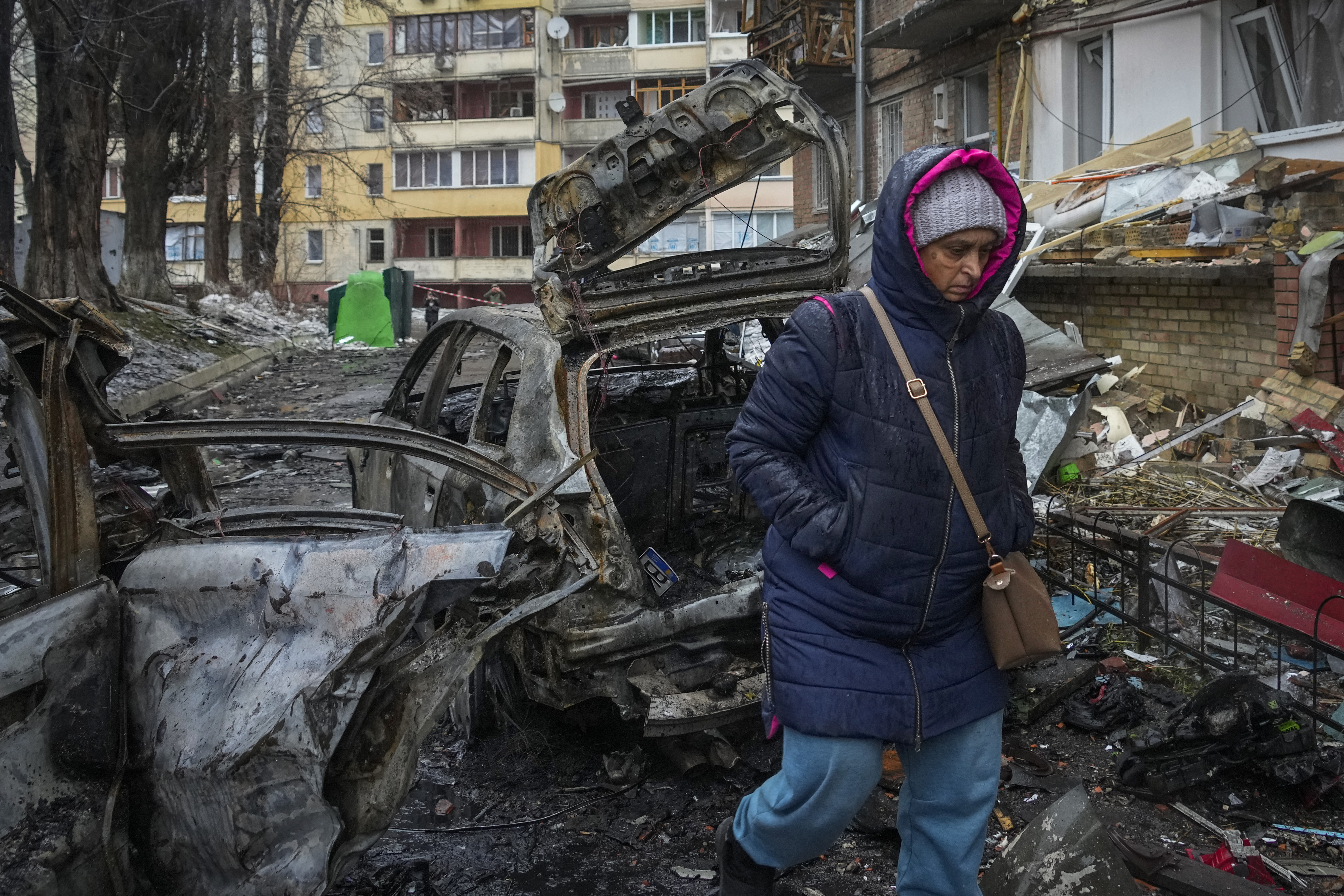 About 70 per cent of the Ukrainian capital was left without power, Kyiv’s mayor said Thursday, a day after Moscow unleashed yet another devastating missile and drone barrage on Ukraine’s energy infrastructure.

Russia has been targeting Ukraine’s power infrastructure following a string of battlefield setbacks its forces suffered during the full scale war it launched Feb. 24, exactly nine months ago Thursday.

Kyiv Mayor Vitali Klitschko said in a Telegram statement that “power engineers are doing their best to get (electricity) back as soon as possible” and added that the water supply has been restored in about half of Kyiv on the left bank of the Dnieper River.

Ukraine’s General Staff reported on Thursday morning that Russian forces fired 67 cruise missiles and 10 drones during Wednesday’s “massive attack on residential buildings and energy infrastructure” in Kyiv and several other regions in Ukraine.

Efforts to restore power, heating and water supplies disrupted by the Wednesday attacks were underway elsewhere in Ukraine as well.


Ukraine’s energy minister Herman Haluschenko said three out of four nuclear power stations that are fully functioning and which had been forced offline by Wednesday’s strikes were subsequently reconnected to the grid.

Governor of the Poltava region Dmytro Lunin said “an optimistic scenario” suggested that electricity will come back to residents of his central Ukrainian region on Thursday.

“In the next few hours, we will start supplying energy to critical infrastructure, and then to the majority of household consumers,” Lunin said on Telegram, noting that power has already been restored for 15,500 people and 1,500 legal entities in the region.

Lunin added that water supplies resumed in several parts of the city of Poltava, and four boiler stations have started to heat regional hospitals.

The Kirovohrad and the Vinnytsia regions were reconnected to the power grid early Thursday, adding to more than a dozen other regions that were reconnected on Wednesday night, according to Deputy head of Ukraine’s presidential office Kyrylo Tymoshenko.

In the southeastern Dnipropetrovsk region, power has been restored for up to 50 per cent of consumers, Gov. Valentyn Reznichenko said, but noted that “the situation with energy is complicated.”

As Russia continues to assail Ukraine’s power network, Ukrainian authorities started opening what they call “points of invincibility” — heated and powered spaces where people could go for hot meals, electricity to recharge their devices and to connect to the internet.

Kyrylo Tymoshenko, deputy head of Ukraine’s presidential office, said on Thursday morning that a total of 3,720 such spaces have been opened across the country.

According to the initiative’s website, various venues have been converted to such points including government buildings, schools and kindergartens and emergency services offices.