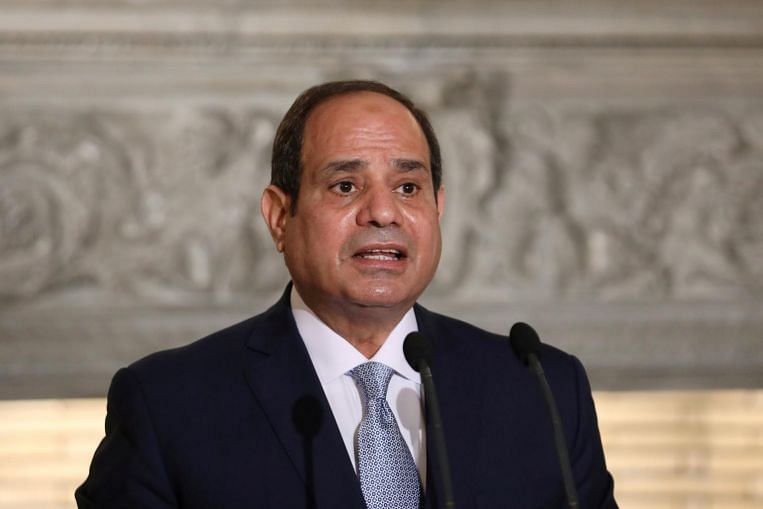 Secretary of State Antony Blinken’s move is a break with his predecessors’ policy of overriding a congressional check on military aid to Egypt.

In the past, an exception was granted to free up Foreign Military Financing for Abdel Fattah al-Sisi’s government, worth US$300 million this fiscal year, on the basis that it was in the interest of US national security.

But rights groups, which had called on the administration to block the entire US$300 million aid, expressed disappointment at the decision, saying it was a “betrayal” of the US commitment to promote human rights.

The State Department spokesperson said in an emailed statement: “We are continuing to discuss our serious concerns about human rights in Egypt,” Mr Blinken “will move forward with the use of US$130 million if the Government of Egypt affirmatively addresses specific human-rights related conditions,” the statement added.

Earlier, a US official speaking on the condition of anonymity said the administration would approve US$170 million but would put a hold on the remaining US$130 million, making that available in future fiscal years if Egypt improves its record.

“What the Biden administration has really done is waive the minimal human rights conditions imposed by Congress on a fraction of US aid, while keeping a small portion of US$130 million blocked on even more watered down conditions,” said Sarah Leah Witson, executive director of advocacy group Democracy for the Arab World Now (DAWN).

The United States has provided around US$1.3 billion in foreign assistance to Egypt annually since the 2017 fiscal year, according to a congressional research report.

Sisi, who ousted the Muslim Brotherhood in 2013, has overseen a crackdown on dissent that has tightened in recent years. He denies there are political prisoners in Egypt and says stability and security are paramount.

President Joe Biden has pledged to put human rights at the heart of his foreign policy and rights advocates have pushed Washington to get tougher on Sisi, even though ties with Egypt have improved after Cairo’s mediation to help end hostilities in April between Israel and Hamas militants.

“If the administration’s dedication to human rights were sincere, this decision would have been simple: withhold the US$300 million in military aid as conditioned by Congress to incentivize al-Sisi to change course,” said a joint statement from nearly two dozen rights groups, including Human Rights Watch and Amnesty International.

Criticism from rights groups on Mr Biden’s commitment to promote rights and freedoms worldwide is not limited to Egypt.

They say while his increased emphasis on the issue is an improvement from the position of his predecessor Donald Trump – who praised authoritarian leaders, including Russian President Vladimir Putin – Mr Biden has so far refrained from impactful action.