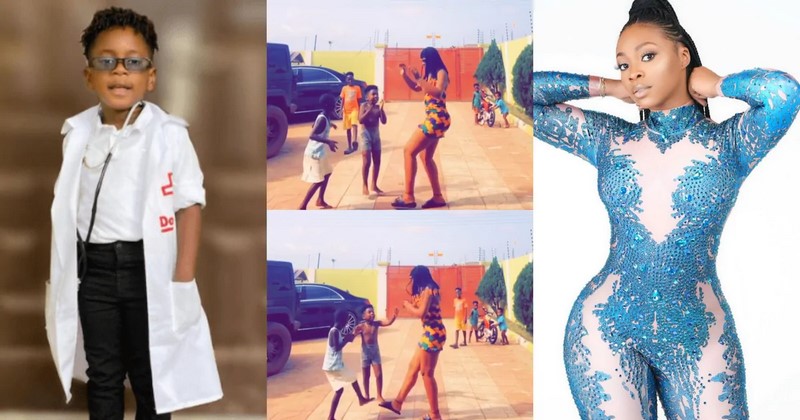 Diamond Michelle, popularly known as Michy, and her son, Majesty have warmed the hearts of social media users with their family goals.

Mother and son have been spotted in an adorable moment having a meal.

The two, believed to have gone on a picnic or vacation, were spotted sitting on a green grass eating banana.

In the video, Majesty was seen holding the banana which he ate and afterwards fed his mother like a baby.

Elated Michy played along as she beams with smiles beside her son.

Fans, who have sighted the video on Instagram, have showered the duo with praises.

Watch the video of the moment below: