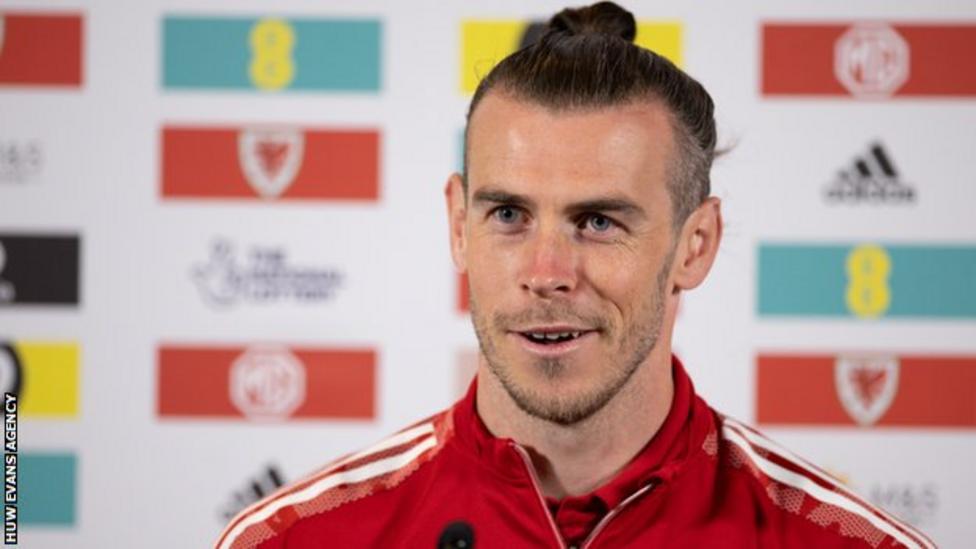 Wales captain Gareth Bale says he will be in “great shape” for the World Cup after rediscovering his joy for club football at Los Angeles FC.

Bale enjoyed nine trophy-laden years at Real Madrid but his final seasons were tainted by injuries, patchy form and criticism from fans and Spanish media.

The 33-year-old has been rejuvenated by his summer move to LAFC and a warm welcome from the club’s supporters.

“It feels nice, the fans have been really supportive over there,” he said.

“They’ve been really patient as well which is good. I’m enjoying playing there, the atmosphere is incredible, they’re all supporting the team.

“I can’t ask for any more than that. They’ve made me feel at home straight away. So it’s good vibes from the MLS [Major League Soccer] and hopefully that gives me more confidence going into Wales as well.

“The family are now settled in which is a big part. I’m getting stronger and fitter. Now we have an important stretch of games in the MLS, but after that I can turn my attention to the World Cup and hopefully be in the best shape as I possibly can.”

Although Bale’s relationship with Real Madrid deteriorated over time, he has always been loved in Wales.

The former Tottenham forward, who joined Real for a then world-record fee of £85m in 2013, is his country’s leading scorer in men’s international history with 40 goals from 106 appearances.

Bale played a vital role as Wales ended their 58-year absence from major tournaments by qualifying for Euro 2016, where they went on to reach an historic first semi-final.

He then led his country to the second round of the following European Championship and, in June this year, scored the only goal as Wales beat Ukraine in a play-off final to qualify for their first World Cup since 1958.

Wales play their opening fixture of the tournament in Qatar against the United States on 21 November.

Bale’s preparations for international matches in recent years have been hindered by limited game-time at club level but he is now playing more regularly for LAFC, albeit primarily as a substitute so far as he gradually builds his fitness.

Bale has made 11 appearances for his new side and, although only two of those have been starts, he believes he is on track to be in prime condition for the World Cup.

“We have a plan in LA with what we’re doing. We’re not doing too much straight away,” Bale added.

“Every footballer wants to play as much as they can but we’re being clever and building myself up for the last important part of the season.

“Hopefully that should put me in great shape for the World Cup. I think I’ll be a lot fitter.

“I haven’t played 90 mins yet, which is what I’m building up to.

“We’re on a good path to where I want to be. Of course I want to play 90 minutes as much as I can but I understand I need to build up to that because I haven’t done it an awful lot in the last few years.

“The most important thing for me is to take each week as it comes and hopefully that will be good enough for me to help LAFC and, ultimately, be ready for the World Cup.”