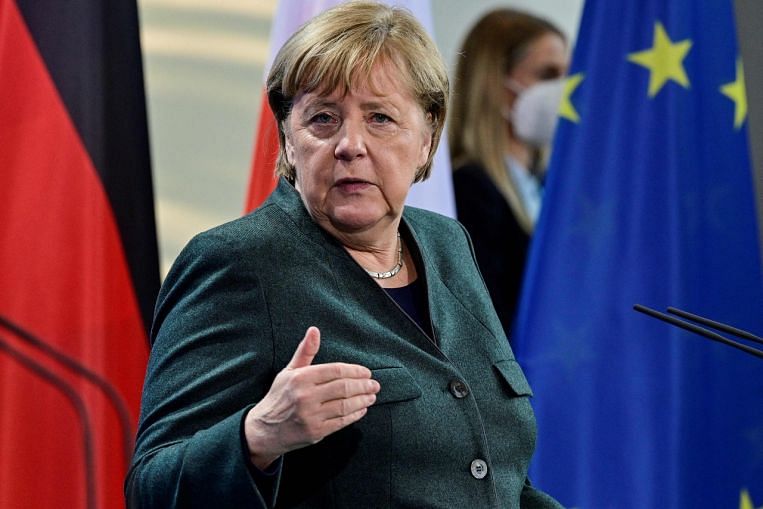 “We need more contact restrictions,” the outgoing German leader said, adding that she had “today clearly told” her successor at the chancellery, Mr Olaf Scholz, that “we can still manage this transition period together and look at all necessary measures”.

Calling Thursday a “sad day” over the grim death toll, Dr Merkel said she had sought dialogue with Mr Scholz and the leaders of his coalition partners Greens and Free Democrats (FDP) because of the gravity of the situation.

“The situation is still too serious, because we are still in a phase of exponential (infections) growth and because the cases that are falling ill today will make up the intensive care patients in 10 or 14 days,” she said. “We must really be careful to ensure that our hospitals are not overwhelmed.”

Dr Merkel had interrupted coalition negotiations between Mr Scholz and his partners on Tuesday, summoning them for talks over the health emergency.

According to German media reports, she had urged them to order a shutdown, as she found that latest rules requiring people to prove they’re vaccinated, recovered or recently tested negative to access public transport or offices were not enough.

But her call was reportedly rebuffed by the new coalition.

Instead, Mr Scholz announced he will set up a new crisis cell in the chancellery on the pandemic.

His ally Annalena Baerbock has also said the incoming coalition would take 10 days, until early December, to decide whether “the protective measures go far enough”.