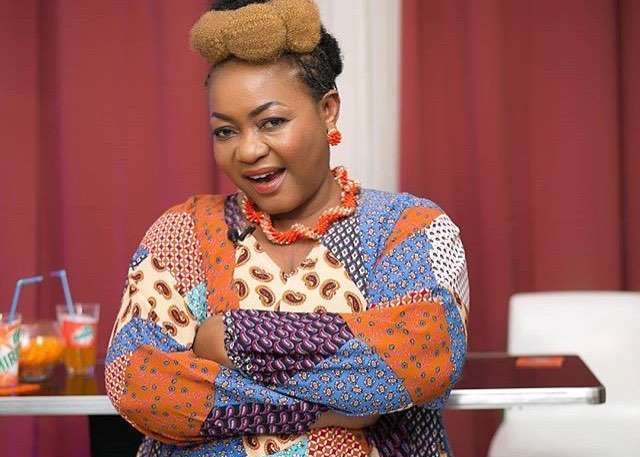 Ghanaian actress Christiana Awuni has disclosed why many old movie stars failed to invest when they were at the peak of their careers.

In an interview on Adom TV’s weekend entertainment show, Ahosepe Xtra, the actress said the movie industry was so lucrative when she joined as a young actress.

According to her, they were so focused on the job that they spent little time at home, travelling months without spending adequate time with family just in search of greener pastures.

She explained that the lack of time eventually prevented many from opening side jobs because they felt there wouldn’t be time to manage it.

She added that they never thought a day will come where the movie industry will dwindle where many will be struggling for roles.

“There was no chance. We were going three months without being home. That’s what pushed a lot of actors to never have a side job. If a lot of them thought that way they wouldn’t have suffered this way. A lot of us are suffering, and I am part of them.

“We didn’t have the time to think about doing another job. But there are good sides to it. I have been to places with it and I have never been sad about it, she said.”