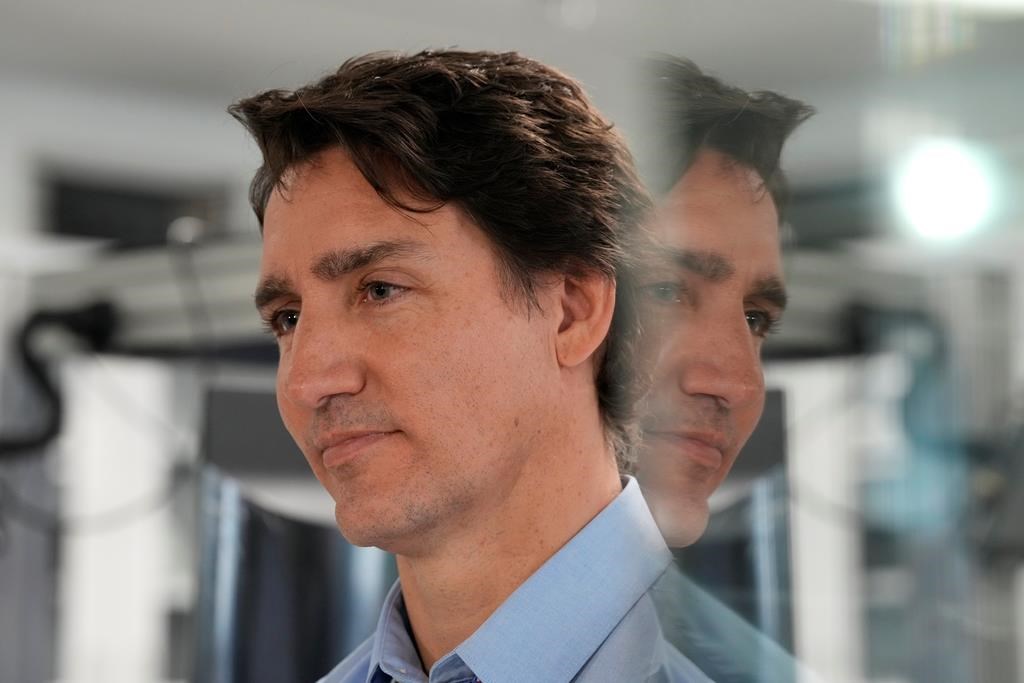 Prime Minister Justin Trudeau says Canadians don’t want to “plunge” into an election this year — and he believes his governance deal with the NDP is going “extremely well.”

As long as the agreement stays focused on delivering results, Trudeau said the Liberals and the NDP are “going to continue to be able to govern together.”

Trudeau is currently gathering with his cabinet in Hamilton, Ont., for a three-day retreat ahead of Parliament’s return.

Under a confidence and supply deal reached between the two parties last March, the NDP agreed to support the Liberal Party’s minority government on key votes in the House of Commons to avoid triggering an election before 2025.

In exchange, the Liberals promised to make progress on NDP priorities.

“The reason we came together was because of a recognition that here’s an opportunity to demonstrate that progressive governments can really deliver for Canadians,” Trudeau said, speaking during an interview with Rick Zamperin, host of 900 CHML’s Good Morning Hamilton, that aired Tuesday morning.

“It is going extremely well.”

The radio program is part of the Corus Entertainment network, which is the parent company of Global News.

However, NDP Leader Jagmeet Singh has said he’s willing to pull his support from the deal if Trudeau doesn’t deliver on key issues. One of those issues, the NDP has repeatedly said, is pharmacare.

4:15
Looking ahead to Liberal cabinet retreat


When pressed about the government’s progress on the file, however, Trudeau would not provide any specifics.

“We’re going to continue to make sure we’re bringing down the cost of drugs for Canadians,” he said.

Pharmacare was also left out of the Liberal’s 2022 budget, though Singh said at the time that this wasn’t a surprise.

“The deadline is for next year, to table the … Canada Pharmacare Act, one of the key steps forward in terms of a framework to implement a national universal pharmacare program,” he said, speaking to Global News in April of last year, just ahead of the budget.

“So that, we’re expecting to be in next year’s legislative agenda.”

Should the NDP pull their support of the Liberals, Trudeau would have to find support from other parties on his government’s confidence votes. If he fails, Canadians could find themselves headed for the polls.

“I don’t think any Canadian wants to see us plunge back into an election,” Trudeau said.

Nearly half of Canadians want there to be a federal election in 2023, according to a poll from Ipsos, which was conducted in mid-December and published Dec. 26.

Ipsos found 49 per cent of Canadians were hoping for a federal election in 2023, though a slightly smaller number — 43 per cent — said in the Ipsos poll that they actually think it will happen.

Ukraine is urging its international partners to increase their aid as Russia’s war in the country continues, terrorizing civilians and bringing multiple allegations of war crimes.

“We’re going to continue to be there in all the ways we can help, as long as Ukraine needs.”


Kyiv is reportedly planning to ask allies — including Canada — to send Leopard 2 tanks to the region. So far, however, Canada has kept mum on whether it will agree to the ask.

“We’ll look at all the requests from Ukraine but we’re not there yet, for the Leopard 2 tanks,” the prime minister said, speaking in French last week.

“But we’re here to provide Ukraine what it needs so they can beat Russia.”

While Trudeau did not provide an update on the tanks Tuesday morning, he did say it is “so important” that Ukraine wins this conflict — and not only for its own sake, he said, but also for the message a Ukrainian victory would send to the international community.

Russia — or “anyone around the world” — must not see that “that this is a good thing we should do … just invade our neighbour because we’ve got a bigger army,” Trudeau said.

“People have to see that that will never pay off. That’s never a good idea,” he said.

“That’s how we end up guaranteeing kind of peace and stability and prosperity that the world has benefited from for close to seven decades.”