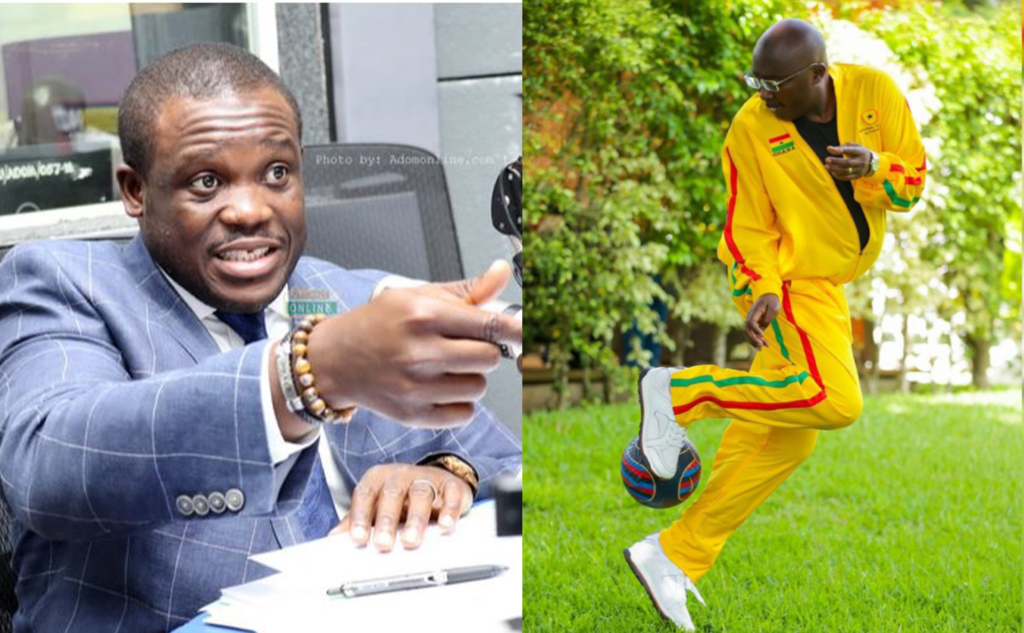 His comment comes after Dr Bawumia showed off rainbow flick skills in his goodwill message to the Black Stars ahead of their opener against the Portuguese side.

According to the Ningo-Prampram MP, the Vice President should rather think of solving the current economic situation instead of displaying something that will not help bring the economy back to life.

In his post on Twitter, the Ningo-Prampra MP called on the vice president to fix the economy.

He stated the vice president was brought into power to fix the economy and not to take charge as the captain of the Black Stars.

“Fix the economy. You were sold to us as an Economic Wizkid not Black Stars captain. Abufus3m”, he said.

When the head of the EMT is showing football skills at a time our economy is in the KVIP and our currency is toilet paper value, you know we have a major issue. Fix the economy @MBawumia You were sold to us as an Economic Wizkid not Black Stars captain. Abufus3m! 🦁😡 pic.twitter.com/prKOUMvKjn

The National Democratic Congress (NDC) MP further stated that Dr Bawumia who heads the Economic Management Team (EMT) should not be displaying such skills when the economy is in a total mess and the currency is fast depreciating.

“When the head of the EMT is showing football skills at the time our economy is in the KVIP and our currency is toilet paper value, you know we have a major issue”.

The Black Stars are expected to play their first group-stage match against Portugal on Thursday, November 24, 16:00 GMT at Stadium 974 in Doha.

This is in accordance with the ongoing 2022 FIFA World Cup in Qatar. The Black Stars are in Group H alongside Portugal, Uruguay, and South Korea.

Meanwhile, President Akufo-Addo has jetted to Qatar ahead of the Black Stars opener with the Portuguese side.

The president is expected to meet and motivate the technical team and the playing body.